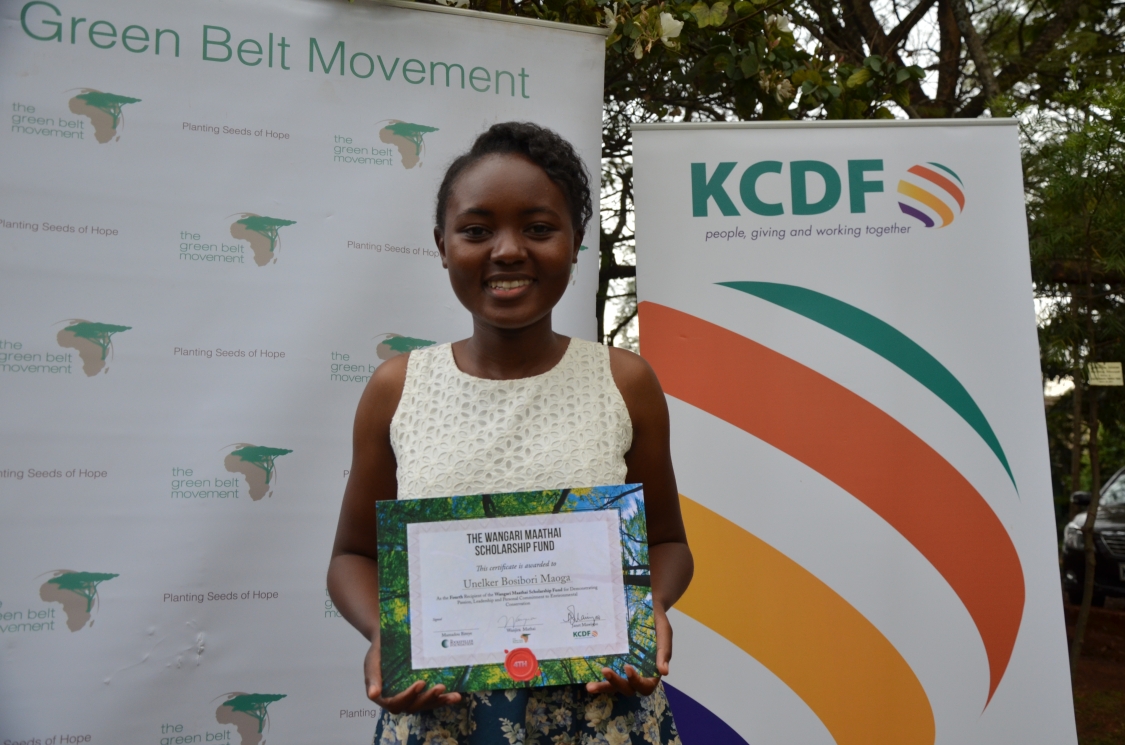 Unelker Bosibori, aged 21 and a third-year student of Environment Science at University of Nairobi, is one of the two winners of the 2016 edition of Wangari Maathai Scholarship Fund, run by the Green Belt Movement and KCDF, a testimony of her zeal to be part of the next frontier in environment conservation.

Her project proposal, to provide solar lamps to more than 600 households on her home county, Nyamira, convinced the judging panel that she deserved the grant.

Generation next caught up with her a week after her return from Samburu, where she has been on a two-month internship with ‘Save the Elephants’, a lobby group against elephant poaching.

“I was participating in long term monitoring of elephants, following orphaned elephants and monitoring their stress levels after poaching.” Speaking about her win, Unelker explained that in Nyamira there are thousands of poor families who still rely on tin lamps. Solar lamps ensure that their children have light to study. According to Janet Mawiyoo, the Executive Director at KCDF, “We loved her proposal, she walks the talk on environmental conservation. We called her for an interview and she perfectly articulated her solar lamp idea. The passion we see in her is the same we see in big names like Wangari Maathai.”

“I want to offer solutions to the challenges that Africa faces,” she says. But what else would you expect from someone who reads books like Wangari Maathai’s “The challenge for Africa?’

Unelker believes in a purpose driven life. Unlike many university students, she is not in school to study and get a job for income.

“That is not how life should progress. Employment is good but I believe that one should fulfill their dreams regardless of employment status,” she says. And while she has siblings in mainstream careers-one is a medical doctor and the other an actuarial scientist- she still made the ‘odd’ choice of environment science. Did her parents question her pick?

“No, they let me have the freedom to make that decision” she says, “but I could tell that they were struggling to understand the whole idea behind environmental science.”

Unleker’s solar lamp project will see more than 600 households from poor backgrounds get a lamp at a tiny fraction of the actual cost of the lamp.

She says, “those will be thousands of eyes and lungs saved from kerosene lamp related harm, and millions of shillings saved from purchase of kerosene.” Unleker is comfortable with who she has become an environmentalist; a wildlife activist and a Pan-Africanist.

“I knew what I wanted to do with my life when I was fifteen. I wanted to champion for the conservation of the environment and stand up for what is right,” she says.

She then decided she will study environmental science at the university a decision mainly informed by her love for nature “and also because I advocated for wildlife conservation.”

Immediately she enrolled for her course at the university, Unelker registered to be a member of Chiromo Environmental Awareness Club. She also joined African Youth Initiative on Climate Change (AYICC). With the two groups she has helped develop initiatives that range from monthly clean-ups to conducting symposia and visiting primary and secondary schools to teach pupils environmental conservation. But then her favorite is tree planting from coming up with a nursery to planting seedlings.