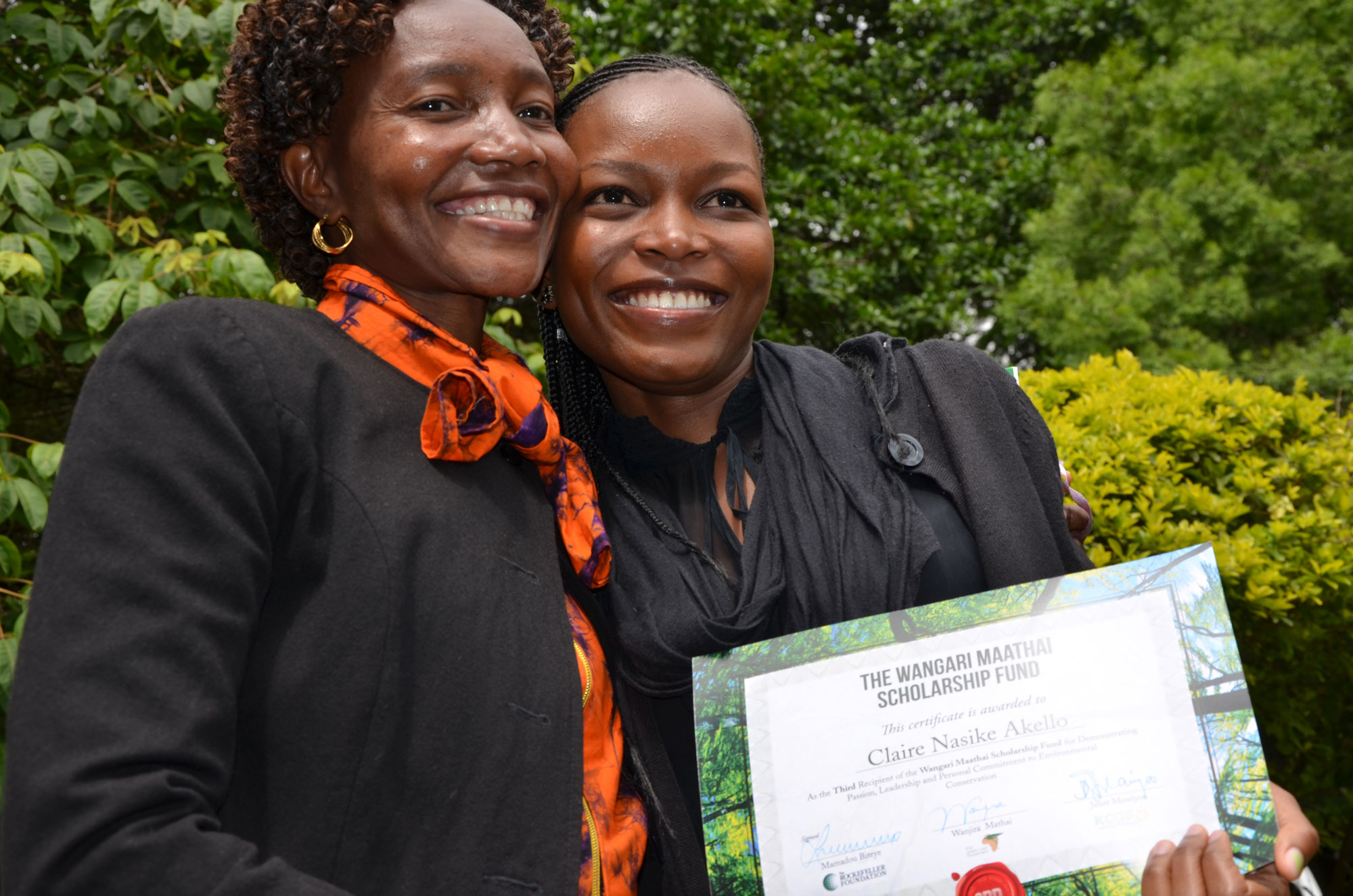 Claire Nasike’s love for the environment can be traced back at the tender age of eight years in her flood prone village of Port Victoria in Budalangi.

Her late grandmother, as she puts it, was her biggest influence as she grew up while following in her footsteps for caring for the environment.
“My grandmother was a renowned herbalist and she relied fully on plants as a panacea for many diseases and ailments that inflicted the villagers in Port Victoria.

We would go out to the forests to gather different species of plants and concoct them into life-saving drugs. For me, the environment equaled life and that’s how my love for the environment was conceived”.
Said Claire as she reminisces on her grandmother’s life and times while fighting off tears.

Claire was born in Nairobi but she had to relocate to Budalangi at the age of three years after her mother, the sole bread winner, lost her job and was unable to make ends meet. She was put under the care of her grandparents as her mother went back to Nairobi to look for small jobs to support them. Her experience of living with her grandmother forced her to grow much faster than her counter-parts while honing her skills on environmental conservation.

Excelling in her studies was not a choice for her, the message was driven hard by her mother and grandparents and true to this, she emerged as the top student in her home area in her Kenya Certificate for Primary Education.
“My grandmother was a disciplinarian and she never spared the rod when it came to personal discipline and education. These are traits that have been the hallmark of my upbringing and have helped shape my world views. My mother is also a tough lady and works very hard to support my younger brother and me”, adds Claire.

After her Kenya Certificate of Secondary Education, there was uncertainty if she would proceed with her education due to limitations of finances as her grandparents had grown frail and her mother could not marshal enough resources to pay for her school fees. She was however lucky after her uncle, Mr. Felix Amu Akello, came to her aid as well her brothers despite having three other children who he pays school fees for.
Claire was very clear on what she wanted to pursue and she enrolled for a Diploma course specializing in Environmental Resource Management at the Technical University of Kenya.

Her first encounter with the Wangari Maathai Scholarship Fund was in 2013. She has been an ardent follower of the Green Belt Movement social media sites where she saw the first call. She was however time barred in submitting her proposal. The next year was also impossible as she had just cleared her Diploma course rendering her inadmissible. Third time was the charm for her as she had enrolled for her degree course at the same university majoring in Environmental Resource Management.

I remember seeing the call for application from the KCDF website which I had started following. “I submitted my considered application and forgot about it. A few weeks down the line, I was called for an interview which was one of the toughest processes I have ever gone through. I was almost sure that I did not do well notwithstanding the tough competition from my worthy competitors.” Quips Claire.

“When I was called that I was successful, I felt like the world was caving in on me. Such things don’t happen to people like me. It was a true vindication to my family as well as my late grandmother that environmental conservation is my destiny” harps Claire with excitement. One of the factors that propelled Claire’s bid was the work she is doing in her home village in Port Victoria. At her young age, Claire has been mentoring girls of ages 12 -15 in her village on sustainable natural resource utilization through making of briquettes from charcoal dust collected from the shores of Lake Victoria as well as promotion of ecological farming. Her initiatives are focused on benefiting women since they are the ones hard hit by the consequences of a degraded environment.

“Women are the backbone of any society and every economy,” she says, adding, “but they are the worst affected with natural disasters with flooding leading the pack. When women are empowered they do the right things for the benefit of all. This is why partnering with the women in my home area to take care of the environment has hope of succeeding. They do it from their hearts because they worry about the future of their children and generations to come. They too want a better  environment because it is the source of their food and therefore livelihood,” she explains.
Claire believes that the female soul bears the propensity to nurture; the desire to make things better; the drive to give back where it has been given.

Claire also leads a project dubbed “Return to Sisterhood’. The project seeks to empower school children to regain control of their environment. She has so far reached more than 400 girls in various schools within her community. Her activism work on environment also transcends her village and she has a very active environmental blog that she manages called the “The Environment Enthusiast” www.conservationatheart.wordpress.com

Claire hopes to scale her conservation projects with the scholarship fund to empower young girls and women in her area to conserve the environment for future generations as well as to benefit from it through different livelihood projects that come from environmental conservation.