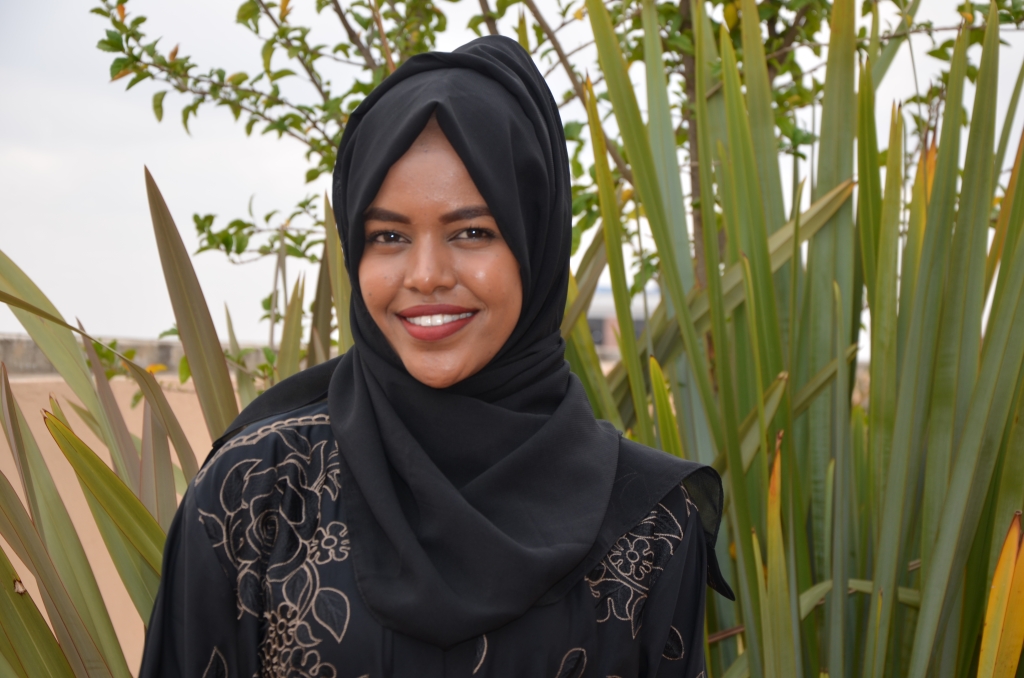 Thriving Beyond a Harmful Cultural Custom

She was circumcised in the morning, with a razor blade she had been sent to buy from a nearby shop. She was excited to face the knife because being cut was a mark of honor in her community. Girls were proud to be cut. You weren’t woman enough if you were not cut.

But then she grew older and she realized that it was wrong. That her community keeps doing the wrong thing under the old banner of tradition and culture. And she wants to stop it. She is a Law student at the University of Nairobi now, and she wants to use the law and activism to stop it.

Central to this, is the Global Give Back Circle, who she met through USAID and has sponsored both her university education. GGBC has transformed her vision.

It has been a wonderful experience. It’s the best thing that has ever happened to me because when I finished high school and I scored a B minus which depressed me because I knew my family could not take me to parallel university therefore, I stayed home until I was awarded a scholarship in 2011 and started my school in 2012. I was home for almost a year, taking care of my grandmother who was ailing from cancer.

Were you assigned a mentor?

Yes, her name is Hannah. She’s from the US. We talk a lot about everything. Over and beyond the mentorship, we normally have GGBC life skills workshops thrice in a year. We interact with other beneficiaries and learn a lot about financial management, reproductive health and work readiness. We are also required to give back and I have been involved in the Fight against FGM and child marriages in the Northern part of Kenya. I went to my former primary school –Tetu Primary and other schools and that had been shut down due to terrorism and talk to the girls so that they could get back to school. In 2014, I attended a girls’ summit that was going on in the UK, London and there I met people from all over the world talking about FGM.

FGM is a big part of your culture.

It is and you don’t question it even though you don’t know where its coming from. And because I’m Muslim, ‘they’ normally say it is a sin not to undergo FGM. That it is a requirement. Yet, it has nothing to do with religion. I grew up knowing it’s part of my religion until when I was about to head for the girl’s summit. I had a conversation with one of my uncles who is good with religion and I asked him, “What do you think about FGM?” and he was answered, “Do you know that thing is not in the religion!?” I was shocked. All I could think at that time was, “How can you tell me this now when all my life I have believed it is religious?”

Was the FGM summit an eye-opener?

Yes. I was amazed how global this problem is. Even in the UK, they still do it. Some people take their children back to Africa for it to be done. It is quite rampant in Nigeria and Sierra Leone. So many young girls die in the process. I have a sister- my elder sister who is now in South Africa, she went through a hard time. The effects were so bad she had to undergo corrective surgery. You can imagine how giving birth is also a problem. It just brings a lot of complications.

How is your activism going?

I go to high schools, primary schools, mostly girls’ schools in Garissa. We have conversations with the students. When I go to visit my mother in the village I engage her women groups and friends. I talk to my cousins. I have had conversations with administration officials and the sheikhs around here and so we decided that we will be approaching the issue bit by bit

How does your father feel about FGM?

My father does not support FGM. He wasn’t around when I was cut. He was furious when he found out that I had been cut. My mother was okay with it. She was just like, “It’s a normal thing because this is what we do.” The person who carried out the act was a close relative therefore, it was not going to be an issue when it is a relative who did that to you. When I started bleeding, the doctor came, I was checked for several days then we moved to Dar es Salaam.

When you think about it, what emotion do you have? Is it anger, disappointment?

In truth, I feel sorry for people who do not know the consequences of what they do in regards to this practise. I pity the ignorance.

Do you remember the pain?

Yes. It was very, very, very painful. Like, in the back of my head, I can feel the razor thing going like, the sound it makes when you’re cutting something. Every time I hear about FGM that’s the first thing that comes to my mind. Like someone cutting your hand and you are looking at it with no anesthesia or anything. You can feel the pain and still hear the sound of it. It is unforgettable.

What does your mother think about your activism?

She is now very supportive of what I am doing.

Are you making successes?

Yes. I am. In Nairobi, people used to be scared so they used to transport their children to Garissa, Wajir and Mandera during the holidays to do this thing. It has since reduced. Garissa used to have a lot of cases at the hospital, that has reduced. I have cousins who have not gone through it and I always think, “This is good progress!” because having gone through it, I always share with them my experience. The other thing about culture is that you must be consistent because it’s a barbaric thing that has been there for years that’s why, for the four years I’ve been with KCDF and GGBC I have never changed my give back commitment. That is one thing I will never change.

Has FGM fueled you? Is it a fire?