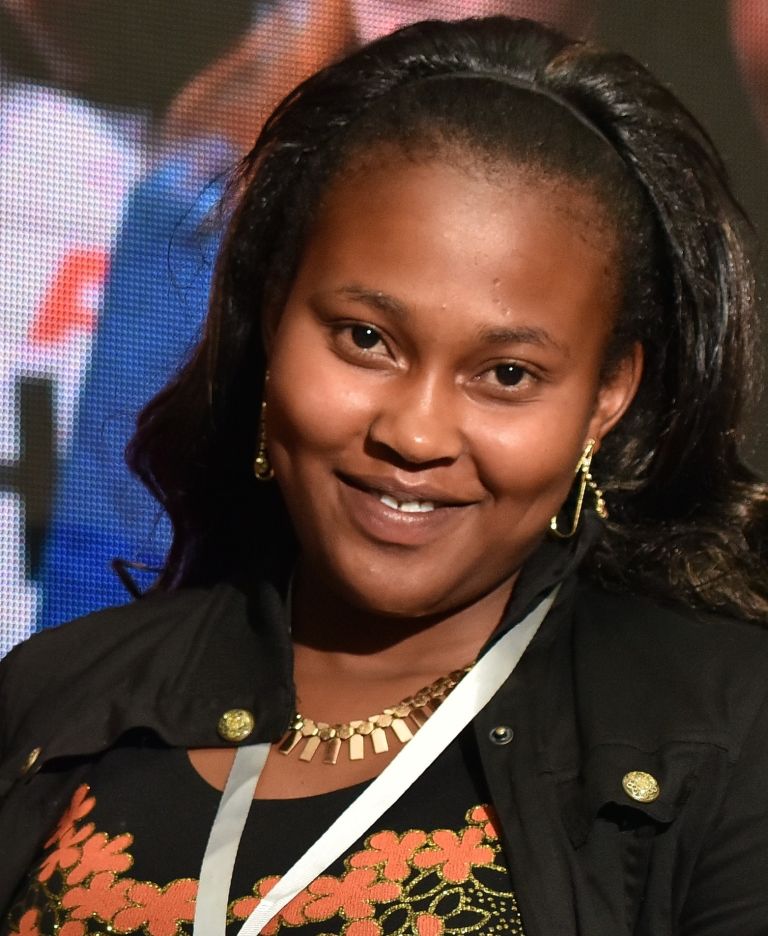 Excelling Despite All Odds

Lucy Wambua is the first born in a family of two children. “My younger brother and I were orphaned at the age of nine when I was in class three. I was left in the custody of my maternal grandmother who is now in her late 60s.

I always loved school and was always at the top 10 of my class of 150 pupils in primary school. I did well in my KCPE exams and joined Fr. Makewa High School, which is in my village.” shares Lucy.

School fees was a big problem for her grandmother as she had no steady source of income and depended on well-wishers as well as the school’s good will to keep Lucy in school. When she was in Form II, she reached out to the Makutano Community Development Association (MCDA), a community based organization supported by Kenya Community Development Foundation in Makutano and MCDA offered to support her.

“They awarded me a scholarship that catered for my school fees from form II all the way to form IV. I was very happy that the scholarship even provided me with an opportunity to board at the school hence assured of all three meals. Although I was happy to have all the three meals, I was always worried about my grandmother and brother back home. I was certain they were going without food for days.” Quips Lucy.

Lucy enjoyed reading Mathematics, and was particularly strong in Biology and the languages. However, she was disappointed with the results she got from her KCSE exams, of a C+. “But I thanked God that I had managed to complete. I know I would have done better if I had not been too concerned with the problems back at home, but it was quite difficult to live in my own bubble! I was constantly reminded of my past.”

After completing secondary education, Lucy knew she had to take responsibility for her own life and that of her brother and grandmother. She went to live with her aunt, a mother of three and a widow, in Makongeni area of Thika. Here, she began to tutor neighbour’s children over the holidays. She was paid Kshs. 200 for every child over the three week period they were home and it gave her an economical boost.

“My aunt, who is my late mother’s sister, allowed me to save every coin I made, to allow me to pay my college fees. She provided for everything I needed so that I wouldn’t have to use my savings.” Adds Lucy.

When the school holidays were over, she opened a small enterprise for me to eke a living within the Makongeni area. I would buy potatoes and make chips which I would sell to passers-by at my aunt’s grocery stall. I went on with the business but deep down I felt I could do something different with the education I had received so far.

I decided to put my skills to the test by approaching local primary schools and offer my services as an untrained teacher in Mathematics and Languages.

One afternoon, after selling the potato fries, I decided to visit a newly opened school in called Camp David Junior School. Fortunately, I met the Director and presented my case. He was impressed with resolve in succeeding despite the odds that I faced and offered me a chance to be a teacher but on a three month probation period. The Director also offered to pay me an allowance of Kshs 3000 for the three months I would be on probation subject to my performance.

I got to work and I did my best. At the end of the probation period, the director was very happy with my performance over the term. I received an Award for being the best teacher and my salary was raised. The school was happy to have me and I was sure that teaching was my calling.

During first holiday in my teaching career, I decided to visit Mt. Kenya University to inquire about their course offering with a particular bias in their undergraduate degree in Education. I was given the forms, and when I went through them, I realized that I met the aggregate grade to be admitted to the programme. I took the admission forms and went home trusting that I would find a way to pay for the school fees, now that I had a steady source of income, although it was not much.

I discussed with my aunt, and she promised to help me figure out a way, and soon, we discovered that the Constituency Development Fund (CDF) had a scholarship program for college education. I went to the CDF offices to solicit for support but was told I had to produce proof that I was an orphan. Luckily, my mother died while working in Makongeni and her death had been recorded in the Thika District Administration Office.

I remember going to the office and after explaining what I wanted, was led to a large room and told to look for it. I could tell from the tone of the staff in that office that they did not expect me to find the file. I dug into these files for hours, and finally, as if in a dream, I saw her name on one of the files. They gave me the original certificate which I dully presented to the CDF offices.

I was fortunate enough to be considered for the scholarship amounting to Ksh. 15,000/= and was certain I would be able to bridge the gap from my income. I enrolled at Mount Kenya University and I am my second year of studies.