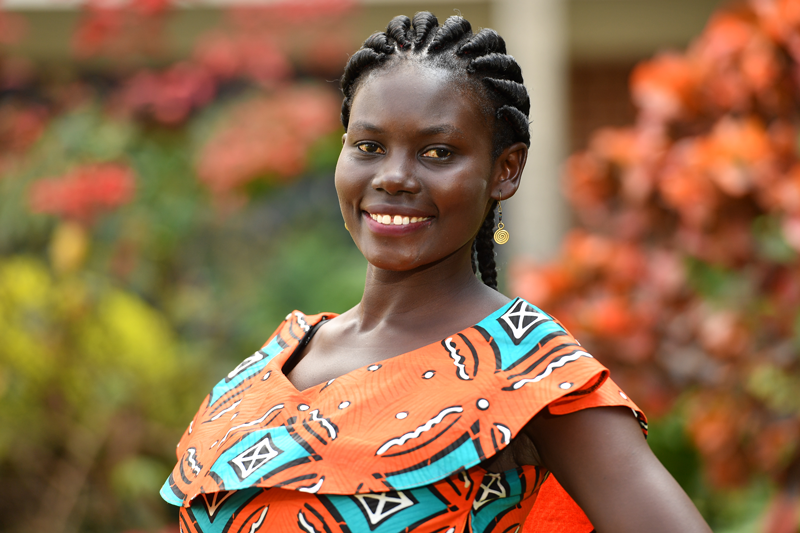 I never always knew about vehicles. But now I am learning so much about vehicles. I work for the government, in the State Department of Infrastructure under Mechanical and Transport Division, as the Chief Engineer, Mechanical and Transport offices. My role is to maintain the government automobiles and heavy plant equipment. It is an enjoyable skill. I diagnose mechanical problems and thereafter, the assigned mechanics are able to fix the issues. It is always a learning curve in this trade.

As a young girl when I was in form one, I always wanted to pursue electrical engineering. My physics teacher then would always give me a huge physics book to read just to challenge and grow my interest. After completion of

“At the time,She adds. Beryl decided to take an inter-faculty transfer and lucky for her, four other ladies joined the class. “One may wonder how we coped being four girls in a class of so many boys? In the beginning it was tough, to be honest. However, as time went along, we felt like we deserved to be there.”

“I grew up in Trans Nzoia County. In Kitale town.” Beryl shares. “My father was a policeman. But when he fell sick, he was left no choice but to retire early. This meant we had to move out of the police quarters and given the financial constraint for the family, we had no choice but to move to a slum. Living in the slums was not easy. My parents struggled to just feed us, keep us clothed and take us to school. As much as I was alive to the challenge our family was facing, I maintained focus on my final studies in secondary school and managed to score a B plain. I knew that education was the only pathway that could uplift my family. With a B plain, I managed to get into the engineering program.”

Finances became tight. Beryl accrued significant fee balances that even the professors could no longer allow her in class. “A kind professor gave me a work study position where I would be an academic assistant and the money I earned would form part of my school fees, but even that was not sufficient. It was a bad period of my life.” She says.

Being poor was always a thorn in her flesh in university. It shaped how she interacted and reacted to situations. “Being poor robs you off your confidence,” she shares. “You cannot make friends. You cannot stand and speak before people. I remember my social life in university being very awkward. I started sending cold emails to organizations seeking help because I knew I was going to drop out of school and go back to the slums if I did not get a breakthrough.”

One of the emails was to the Engineers Board of Kenya. Unfortunately, they did not have a program for scholarships. “However, a lady who worked at the institution was touched by my story. She would occasionally support me with some pocket and accommodation money. I then learnt about Forum for African Women Educationalists (FAWE), an organization that champions for girls to access education, specifically those who excel in science subjects, mostly in primary and secondary school. They were able to cater Kshs. 80,000 and I was allowed back in class.”

Beryl kept on sending emails. “One of the emails I sent was to USAID who forwarded my story and appeal for support to Kenya Community Development Foundation (KCDF) which implements a girl child education program, the Global Give Back Circle (GGBC). They had not walked with me from secondary school, but they looked at my case and said they would assist. A door opened. Over time they were able to offset my fee balance that had accumulated close to Kshs. 400,000 shillings. Not only was the support in form of school fees, GGBC would facilitate money for my accommodation and general upkeep. With the peace of mind knowing that I no longer had to worry about school fees, my focus in school was tunnel vision. I completed my studies in mechanical engineering in the year 2016. My parents were beyond overjoyed.”

Shortly after completing her studies, Beryl got an internship opportunity at the Kenya Pipeline Company (KPC) thanks to the collaboration the company has with the University of Nairobi Consultancy Firm. From there, with her experience and exposure, she moved to work for the government; States Department of Infrastructure, Ministry of Transport, Infrastructure, Urban and Housing Development.

“Had it not been for the support of GGBC programme, thanks to the support of USAID and the American people, I can confidently say that I would not have managed to complete my university education.” Beryl admits.  “The period where I was drowning in major fee problems taught me a great lesson, that your problems are your own to carry and solve. If you decide to let them consume you, it will ruin you. It is upon yourself to seek solutions whichever way possible. Work to change your situation. And that no matter how hard the situation you should not give up. The biggest lesson I have gained from GGBC is that if someone touches your life, make sure you touch someone else's life. Pay it forward. Give back. You do not have to have billions in cash or to be famous to touch anyone’s life. One can always start with the smallest gestures of kindness and empathy.”

Beryl takes every opportunity she has to encourage young girls to take on engineering courses because she believes there is need for more girls in the industry. “I believe that young girls should be allowed to demonstrate that they too can contribute to the industries that have been predominantly dominated by men.”

Thanks to the life-skills workshops she attends in the program, she frequently talks to the girls back in her town about the importance and the difference education can make through a circling program that inspires girls in slums to think positive. “That the fact that you come from the slum area does not mean that you are destined to be there for life. One can always change their circumstance.” She adds. “I think where you grow up, means very little at the end. Nobody should feel that since they come from poverty that is how their story will end. You can change your circumstances. It is not easy, but it can happen. And for girls, it is important that they believe this. That they hear it from people like me.”