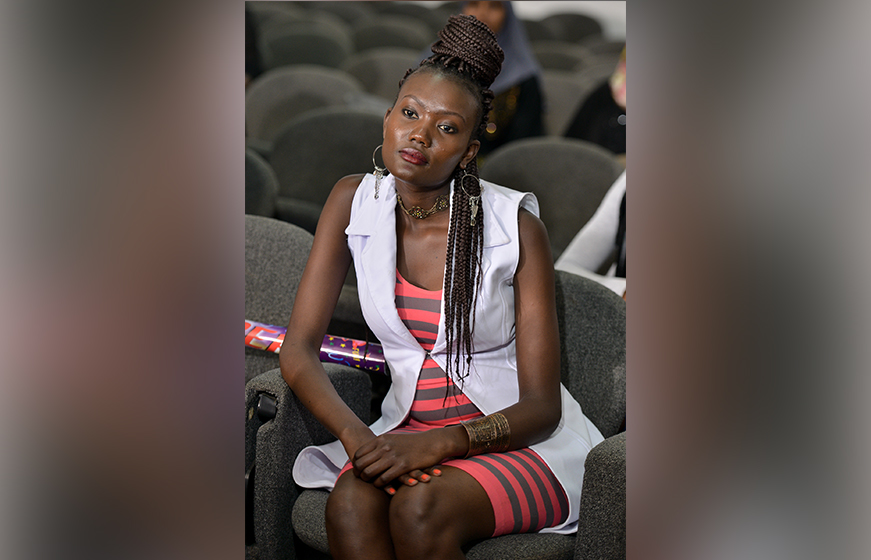 Edith doesn’t remember her mother or father. She knows where she’s from, though, a place in Homa Bay County called Kanyipiri. She remembers the person who raised her: her grandmother. She is told that when her parents died, when she was only six months old, she spent some time at an orphanage.

When she became aware of her surroundings, she found herself in her grandmother’s care.Life was tough. There was not much to eat. Or to wear. The sun in Homa Bay shone harder on those with little. Or nothing, for her case. “In primary school, I remember white people would come to visit me, referred by the orphanage and they would bring biscuits which I would later sell to get money for food,” she says.
“I saw poverty and I always wanted to run away from it,” she says. “It made me work hard. I wouldn’t want anyone to live that life, to be honest. My grandmother told me of stories why she took me away from the children’s home, and these are not stories I want anyone to ever be able to go through or tell.”
Edith doesn’t know how her father looks like. She knows how her mother looks like, though. Her grandmother showed her a picture. She laughs says she doesn’t look like her, even though her grandmother insists they resembled. “You don’t know what you are missing when you never experienced it,” she says of her departed parents. Starehe Girls opened its doors for her to pursue her secondary education. Finally, a light at the end of that gloomy tunnel. Starehe Girls Center came with KCDF and through the GGBC program, Edith was paired with a mentor from Germany. So now she is learning German to ease communication. She also had a Kenyan mentor, Susan Karimi, who works with National Oil Ltd.
“She’s now the mother figure in my life. I tell her everything, we share almost everything. We meet, talk, like you would with a mother I assume. I think that was the most important thing I was missing in my life when I was with my grandmother because you know, a grandmother will not really tell you as it is but now my mentor, I think she makes me look like her child, she tells me the do’s and the don’ts, ideas….” she beams.
She has learnt a lot from Susan; about work. “She always tries to get me into a working program and internships. She never wants me to be idle.”
Edith gives back too. She came together with ladies who work at Narok County and they mentor young girls. “I work with girls in Compassion International. These are girls who have been taken in in a rescue center, girls who have either escaped FGM or early marriages in Narok County. We train them, talk to them, mentor them, teach them life skills, and try bring religion into their lives because you know without God, you can’t make it.”
Edith also works with mentally challenged children in the slums. “In the past I’ve worked at Ronald Ngala Primary School in Dandora where we’ve done a feeding program and also manage their a beadwork project that can help them sustain themselves and their families by giving them a livelihood.”
She wants to start a charity organization. She says it’s the only thing she wants to do because it’s that that has saved her from poverty. She is now studying International Relations at University of Nairobi, and has taken up part time modeling. (She’s quite tall).