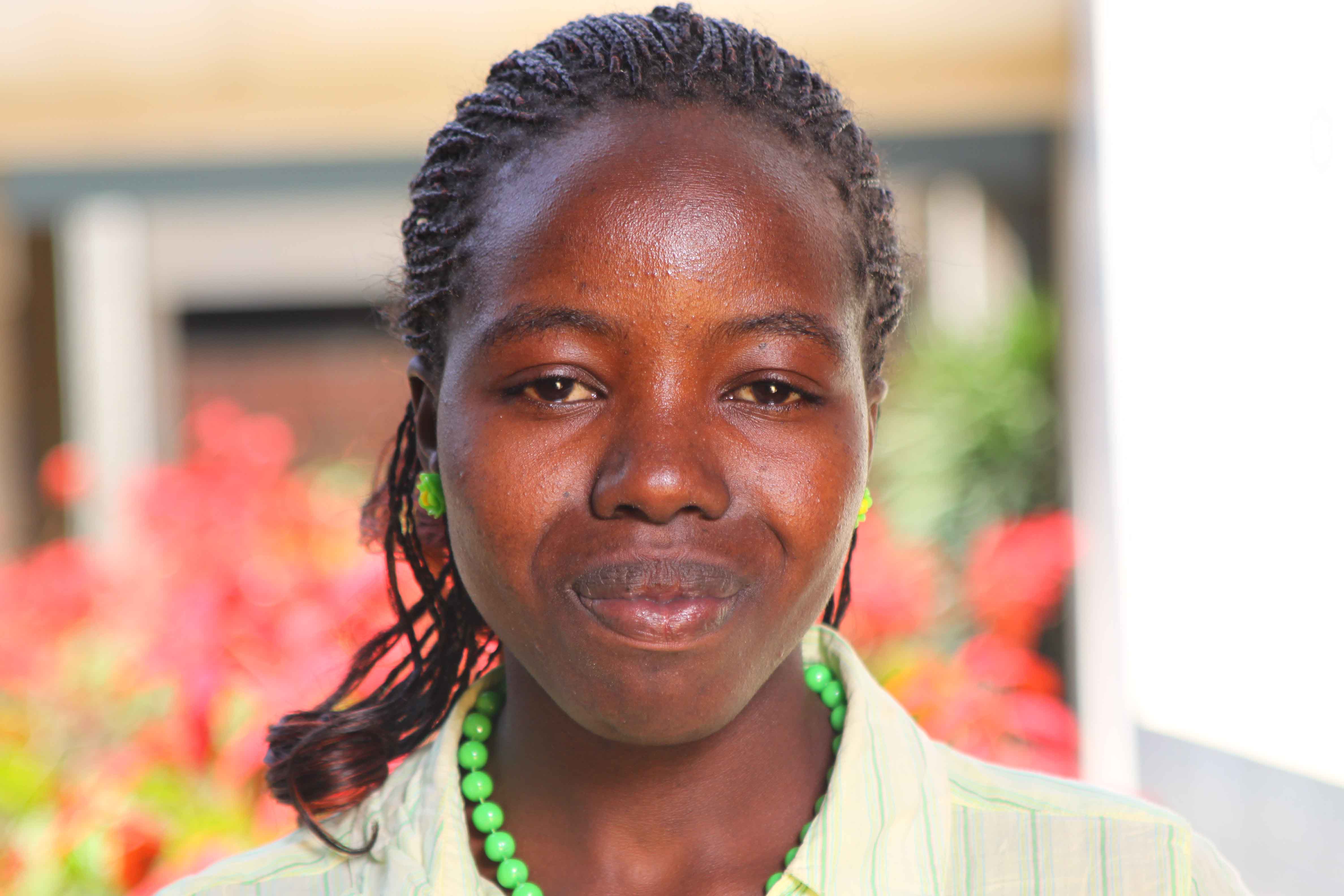 On the Road to Being a Financial Analyst

There is something about Virginia when you meet her for the first time. An abundance. Confidence. Drive. A fire. Yes! Definitely a fire. It oozes through even when she isn’t talking.

Virginia is from Nyahururu, where she grew up. But she was born in the Rift Valley amongst the Kalenjin where they - a family of seven kids - were driven out by the 1992 land clashes. They grew up poor. Dirt poor. Her father worked as a casual laborer in construction sites Nairobi, her mother took on casual jobs. “She did anything legal, she’d farm, wash clothes, clean houses, anything, as long as it brought a cent or food on the table.” She adds.
She is the last born. The rest of her siblings haven’t fared on too well. “They didn’t go to advance their education as such. They all finished class eight and took to tailoring or became house girls. My brother came to the city to look for job opportunities. He is doing relatively well, he has a business of his own.”
Seeing her mother struggle with them taught her the strength of a woman. It also taught her one thing that has spurred her and placed her where she is; that poverty is horrible. And cold.
“It’s the last thing I want to be in my life; poor. It scars you. When I think of poverty, I get out of bed and do what is needed of me. It’s not easy.”
She sits still and intently looks at a point on the table. She illustrates the level of poverty they were in through a story of her earlier school days. “Back in school we were required to polish our shoes at all times but since my mother could not afford polish we would burn newspapers then mix the ash with paraffin to make paste which we would use as shoe polish. It would make our shoes look like matt and other students would ask, ‘How come your shoes don’t shine?’ and we wouldn’t tell them what we did because we were embarrassed.”
She finished primary education after being sponsored by a Catholic Church in Nyahururu. After class eight the future looked bleak. “My brother who was very smart (he left a record of scoring 411 marks in his school) had tried to get into Starehe Boys Center but did not manage. My dream then was to break his record and I was confident I would given that I was always first in my class.”
“In class eight I started hitting 450 marks and every other student in Nyahururu came to know my name. I was leading in the district,” she says. “I hadn’t heard of Starehe Girls’ Center and I was pressured to apply for admission there, which I did.”
But when results came she had scored only 406 marks. She was devastated. “I went into hiding. It crushed my ego completely.” She laments. But as luck would have it she got to Starehe Girls through a sponsorship by Barclays Bank for the four years. She scored well in KCSEan A-minus of 79 points, but she was disappointed.
Standard Chartered Bank, the private sector that sponsored her continued to walk with her and took her on as an intern after campus where she was being paid a stipend and managed to save for her university education. Virginia went to the University of Nairobi, Lower Kabete campus where she pursued a Bachelors of Commerce, Finance.
She recalls that in high school, and as a member of GGBC, she was exposed to a solid mentorship program. “There is normally a window after high school where you wait for a year to join campus? That’s a vulnerable window for young girls because most can fall by the wayside, and being in GGBC helped me bridge that quickly by filling my time constructively,” she says.
The KCDF program helped her a lot, she says. After high school, she joined a cohort of girls in school and were enrolled in taking IT classes to enhance their computer skills at the Starehe Girls center IT college.”
At the time of publishing this story Virginia was working for KCDF in the Accounts department having transitioned from working with Standard Chartered. The biggest lesson she has learnt is the power of giving back, she says. “I have a mentee. I have mentored her from high school. Can you believe that? She even calls me ‘mum’. She is a third-year student at Nairobi university. Her name is called Njerita Mwara. She’s also in the program. She’s at the University of Nairobi pursuing B. Com Marketing. She looks up to me so I must be morally upright. I help her navigate life as a campus student through sharing of my own experiences.”
Virginia also tutors primary and secondary school children in the estate she lives in.
“At first, I saw it as a business opportunity, I asked the children to speak to their parents who agreed.” She says. “But the funny thing: when they came for tuition for the first time, I saw it as the right give back thing to do. I’ve been tutoring them for free. I leave work, get home at about 7pm then tutor them for one or two hours because you know, they are many.”
She is convinced she is good at teaching. “I can really teach you a concept and you’ll get it. That’s why I got first class honors!” She laughs. On top of all that she is doing, she mentors university students in Elburgon where her parents now live. There are school dropouts in that region, kids who resort to early marriage.
Her mentor is called Mary Cobey. She lives in the US. “She’s very inspirational and given that she’s young, she’s not the kind that will look at you like a child. I relate with her very well.”
“I want to be a financial analyst. Finance is funny. Some things sound like myths, especially when you read about those big investors like Warren Buffet. I want people to know my name.”